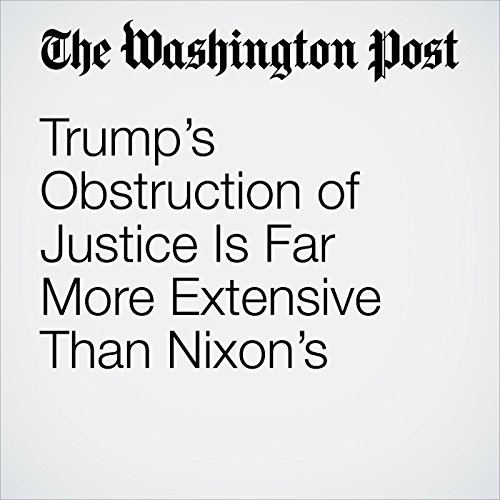 Now that a consensus is beginning to emerge that special counsel Robert S. Mueller III has the evidence to make a compelling case of obstruction of justice against President Trump, the president’s defenders have trotted out a new defense: that obstruction on its own is a mere “procedural crime” that doesn’t really count unless coupled with proof of guilt on an underlying crime.

"Trump’s Obstruction of Justice Is Far More Extensive Than Nixon’s" is from the February 12, 2018 Opinion section of The Washington Post. It was written by Harry Litman and narrated by Sam Scholl.