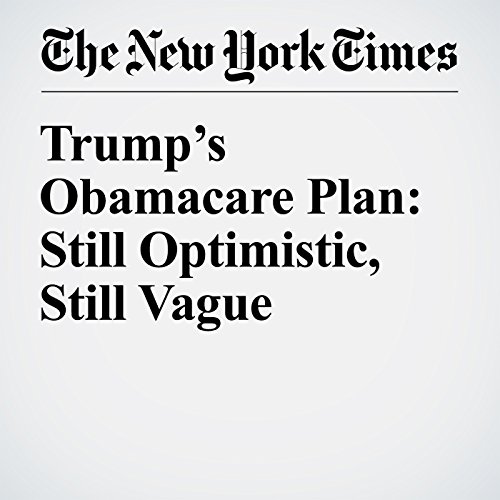 Trump is now a few days from taking office as president, and has identified health care as a top policy priority, but the public knows little more about his proposal than it did then. In comments to The New York Times on Tuesday and in his news conference on Wednesday, Trump said repeatedly when a Republican health reform bill would be released — “very quickly.” But he has yet to spell out any details about the policies it would contain.

"Trump’s Obamacare Plan: Still Optimistic, Still Vague" is from the January 11, 2017 U.S. section of The New York Times. It was written by Margot Sanger Katz and narrated by Kristi Burns.