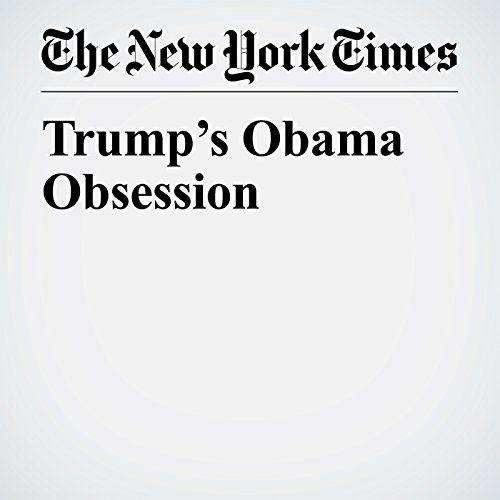 Donald Trump has a thing about Barack Obama. Trump is obsessed with Obama. Obama haunts Trump’s dreams. One of Trump’s primary motivators is the absolute erasure of Obama — were it possible — not only from the political landscape but also from the history books.

"Trump’s Obama Obsession" is from the June 28, 2017 Opinion section of The New York Times. It was written by Charles M. Blow and narrated by Keith Sellon-Wright.