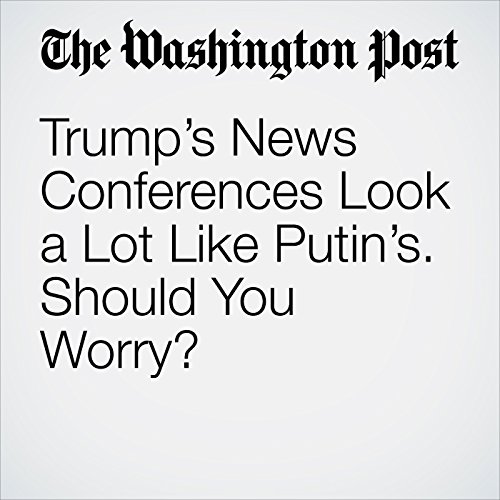 Under Putin, the Kremlin has built a media empire centered around the idea of information as entertainment. Access to the president is limited to circuslike news conferences attended primarily by regime supporters who ask the president softball questions. The most recent of these conferences, held in December, included questions about stray animals, chess and kvass, a traditional drink made from fermented bread.

"Trump’s News Conferences Look a Lot Like Putin’s. Should You Worry?" is from the February 18, 2017 Politics section of The Washington Post. It was written by Hannah S. Chapman and narrated by Jill Melancon.