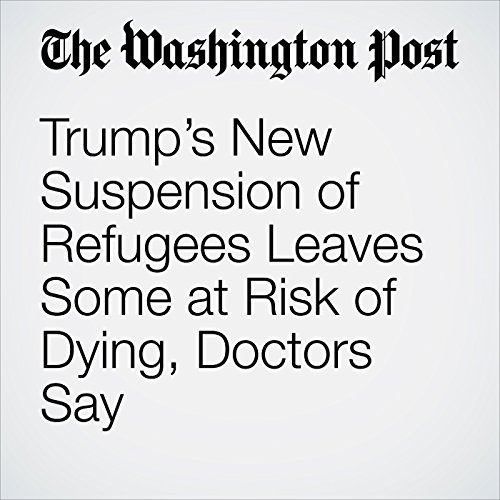 The doctors told Timiro Hassan that her daughter could survive. The kidney cancer could be treated. Even though the United Nations couldn’t pay for it, even though the chemotherapy wasn’t available here, there was one option that for decades had saved the lives of Somali refugees in need of medical care. Five-year-old Nimo Salan could be resettled in America.

"Trump’s New Suspension of Refugees Leaves Some at Risk of Dying, Doctors Say" is from the December 26, 2017 World section of The Washington Post. It was written by Kevin Sieff and narrated by Sam Scholl.