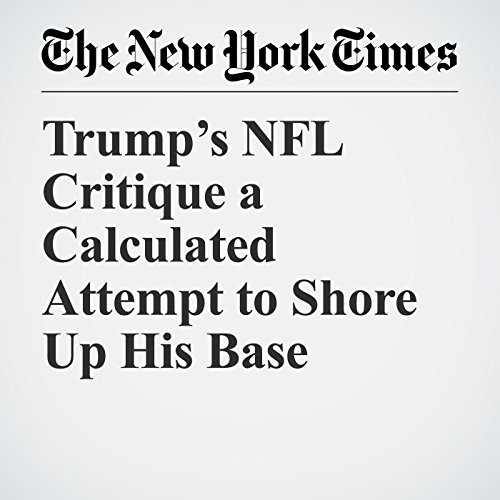 President Donald Trump was restless on the flight home from his rally Friday night in Alabama, griping about the size of the crowd, wondering how his pink tie played with his audience and fretting about the low energy of the Senate candidate he was there to bolster.

"Trump’s NFL Critique a Calculated Attempt to Shore Up His Base" is from the September 25, 2017 Sports section of The New York Times. It was written by Glenn Thrush and Maggie Haberman and narrated by Keith Sellon-Wright.