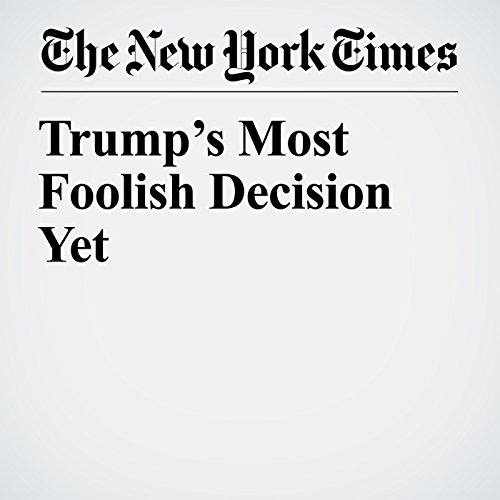 President Trump’s reckless decision to withdraw the United States from the Iran nuclear deal will not force Iran back to the negotiating table, nor will it address serious concerns about Iran’s behavior in the Middle East. But it will leave Iran’s nuclear program unconstrained, and an inconstant America isolated from its allies and far less safe.

"Trump’s Most Foolish Decision Yet" is from the May 09, 2018 Opinion section of The New York Times. It was written by Susan E. Rice and narrated by Kristi Burns.