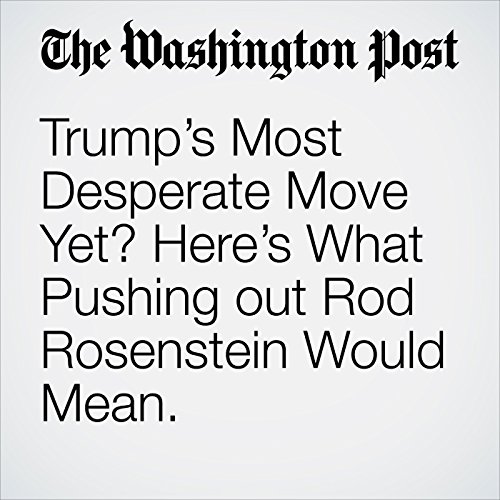 "Trump’s Most Desperate Move Yet? Here’s What Pushing out Rod Rosenstein Would Mean." is from the January 29, 2018 Politics section of The Washington Post. It was written by Aaron Blake and narrated by Sam Scholl.