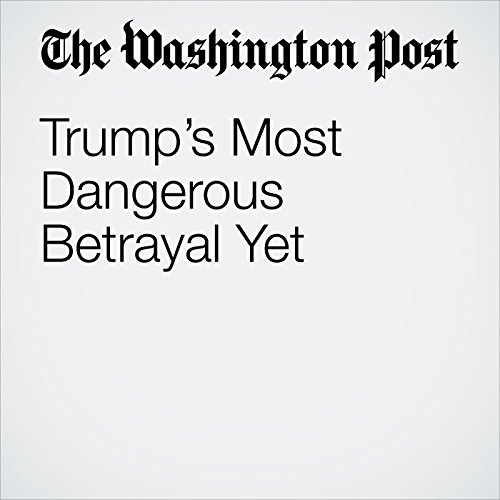 With the appointment of John Bolton as national security adviser, President Trump has put the finishing touches on his war Cabinet, with bellicose Mike Pompeo heading the State Department and Gina Haspel, who ran a torture site under President George W. Bush, heading the CIA. With Bolton’s appointment, Trump has broken another campaign promise — and it is surely his most dangerous betrayal yet. The candidate who promised to get us out of stupid wars is now loading up for war. With Congress having surrendered its national security responsibilities, the United States, already mired in endless wars across the broad Middle East, seems on the verge of even greater military catastrophe.

"Trump’s Most Dangerous Betrayal Yet" is from the March 27, 2018 Opinion section of The Washington Post. It was written by Katrina vanden Heuvel and narrated by Sam Scholl.