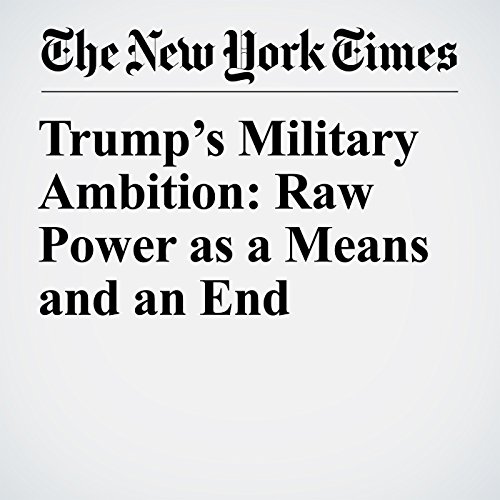 President Donald Trump’s vision of U.S. power, something of a mystery during the campaign, has come into new focus after a week of speeches and budget plans hinting at his ambitions for the military.

"Trump’s Military Ambition: Raw Power as a Means and an End" is from the March 03, 2017 U.S. section of The New York Times. It was written by Max Fisher and narrated by Barbara Benjamin-Creel.