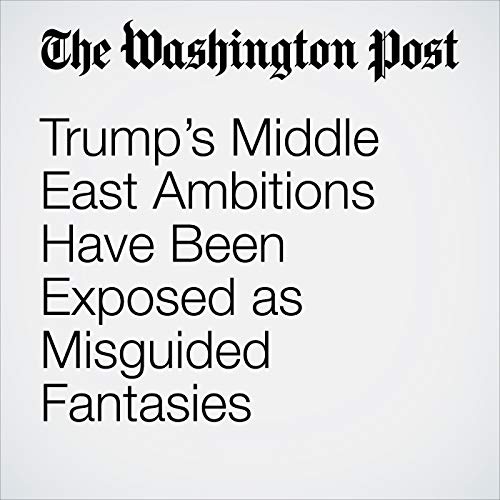 When Donald Trump was unexpectedly elected president, two nations in the Middle East that had been particularly aggrieved by the policies of the Obama administration rushed to take advantage. They were Saudi Arabia and Israel — and they succeeded beyond their wildest expectations.

"Trump’s Middle East Ambitions Have Been Exposed as Misguided Fantasies" is from the October 14, 2018 Opinion section of The Washington Post. It was written by Jackson Diehl and narrated by Sam Scholl.