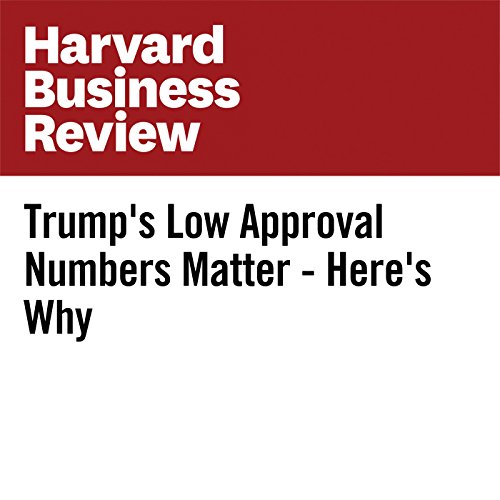 President Trump entered the White House with the lowest approval ratings any president has had when taking office, and they aren’t likely to go up for a sustained period of time. Even if Trump doesn’t believe the polls, as he has avowed, such low approval ratings are likely to have real consequences for him.

"Trump’s Low Approval Numbers Matter — Here’s Why" is from hbr.org, published on February 3, 2017.