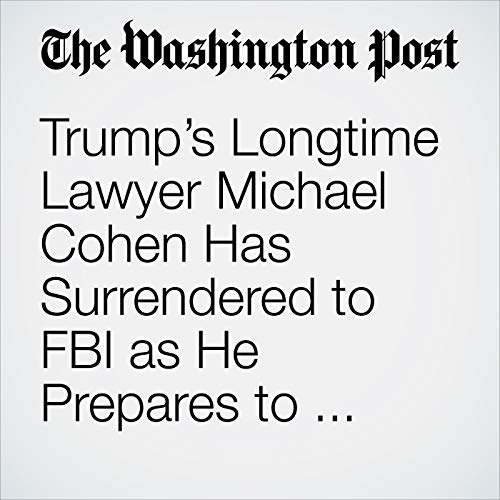 President Trump’s former lawyer Michael Cohen has surrendered to the FBI in New York as he prepares to plead guilty Tuesday afternoon in an investigation into his activities and business dealings, according to people familiar with the matter.

"Trump’s Longtime Lawyer Michael Cohen Has Surrendered to FBI as He Prepares to Plead Guilty in Federal Investigation" is from the August 21, 2018 National section of The Washington Post. It was written by Devlin Barrett, Carol D. Leonnig and narrated by Sam Scholl.