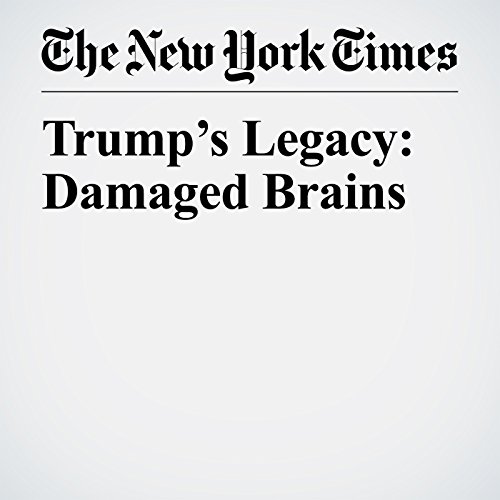 There is an image that shows what a common pesticide does to a child’s brain.The pesticide, which belongs to a class of chemicals developed as a nerve gas made by Nazi Germany, is now found in food, air and drinking water. Human and animal studies show that it damages the brain and reduces IQs while causing tremors among children. It has also been linked to lung cancer and Parkinson’s disease in adults.

"Trump’s Legacy: Damaged Brains" is from the October 28, 2017 Opinion section of The New York Times. It was written by Nicholas Kristof and narrated by Kristi Burns.