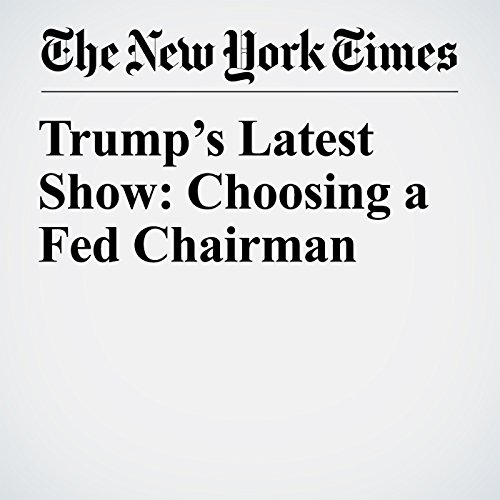 President Donald Trump delights in making spectacles out of personnel decisions. He conducted Cabinet interviews at his New Jersey golf club, inviting members to gather and gawk. He summoned both finalists for a Supreme Court seat to the White House on the day of the announcement. And now he is conducting the most dramatic and drawn-out search for a Federal Reserve chairman in the long history of the stolid institution.

"Trump’s Latest Show: Choosing a Fed Chairman" is from the October 27, 2017 Business section of The New York Times. It was written by Binyamin Appelbaum and narrated by Barbara Benjamin-Creel.