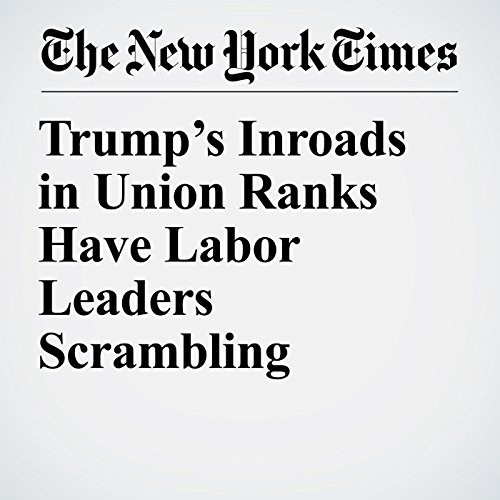 Donald Trump redrew the electoral map with his rousing economic nationalism and evocation of a lost industrial age. It was a message that drew many union members to his cause. And now it is upending the alliances and tactics of the labor movement itself.

"Trump’s Inroads in Union Ranks Have Labor Leaders Scrambling" is from the February 17, 2017 Business section of The New York Times. It was written by Noam Scheiber, Maggie Haberman and Glenn Thrush and narrated by Mike DelGaudio.