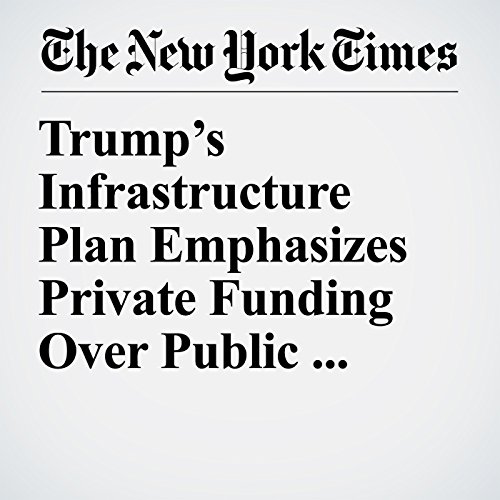 President Donald Trump’s $200 billion plan to rebuild America upends the criteria that have long been used to pick ambitious federal projects, putting little emphasis on how much an infrastructure proposal benefits the public and more on finding private investors and other outside sources of money.

"Trump’s Infrastructure Plan Emphasizes Private Funding Over Public Interest" is from the February 12, 2018 Business section of The New York Times. It was written by Patricia Cohen and Alan Rappeport and narrated by Keith Sellon-Wright.