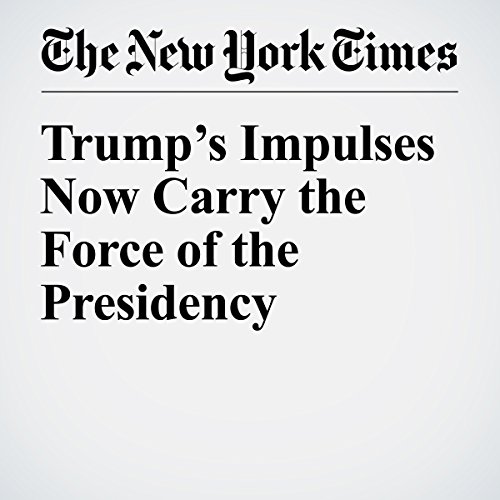 Trump’s Impulses Now Carry the Force of the Presidency

Impetuous and instinctive, convinced of broad but hidden plots to undermine him, eager to fight and prone to what an aide called “alternative facts,” President Donald Trump has shown in just days in office that he is like few if any occupants of the White House before him.

"Trump’s Impulses Now Carry the Force of the Presidency" is from the January 26, 2017 U.S. section of The New York Times. It was written by Peter Baker and narrated by Caroline Miller.