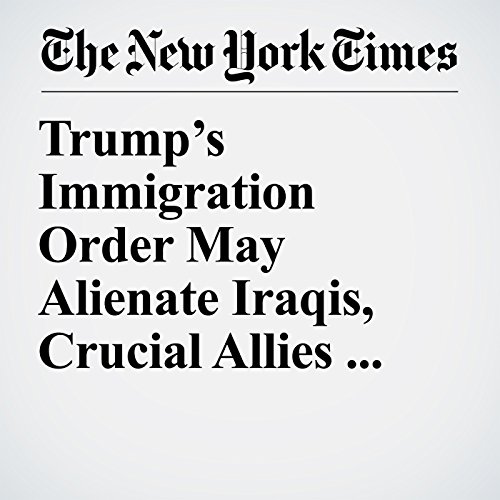 Iraqi officials were taken aback by the directive, which they learned about through the U.S. news media because they had not been consulted first.

"Trump’s Immigration Order May Alienate Iraqis, Crucial Allies Against ISIS" is from the January 29, 2017 World section of The New York Times. It was written by Michael R. Gordon and Eric Schmitt and narrated by Caroline Miller.