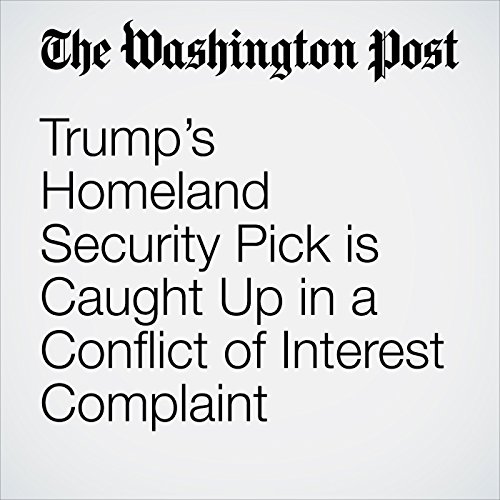 President Trump’s nominee to lead the Department of Homeland Security, Kirstjen Nielsen, has been guided through her Senate confirmation process by a private consultant who represents companies seeking millions in DHS contracts, an arrangement that creates conflicts of interest, according to a government-ethics watchdog group as well as current and former national security officials.

"Trump’s Homeland Security Pick is Caught Up in a Conflict of Interest Complaint" is from the November 16, 2017 National section of The Washington Post. It was written by Nick Miroff and narrated by Sam Scholl.