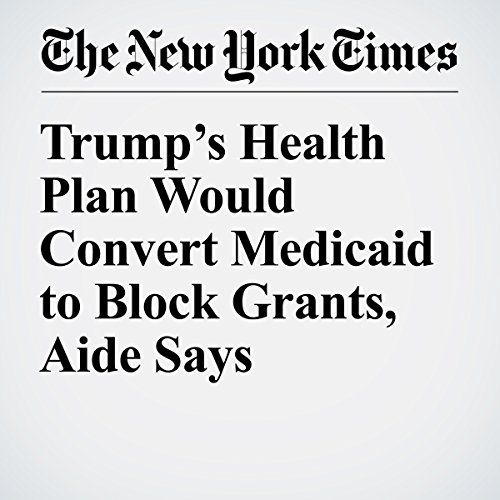 President Donald Trump’s plan to replace the Affordable Care Act will propose giving each state a fixed amount of federal money in the form of a block grant to provide health care to low-income people on Medicaid, a top adviser to Trump said in an interview broadcast on Sunday.

"Trump’s Health Plan Would Convert Medicaid to Block Grants, Aide Says" is from the January 22, 2017 U.S. section of The New York Times. It was written by Robert Pear and narrated by Kristi Burns.