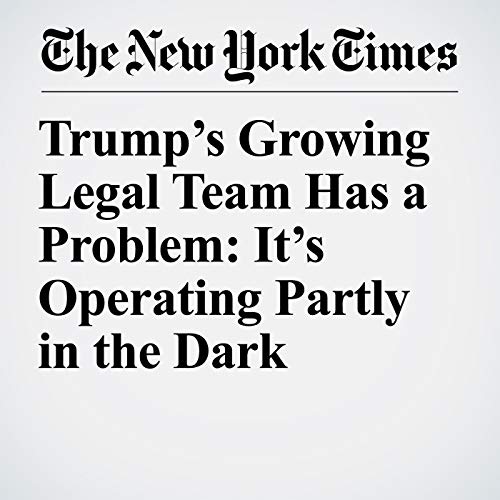 Nearly a dozen lawyers now assist President Donald Trump in contending with two federal investigations, one in Washington and one in New York, that could pose serious threats to his presidency and his businesses. But the expanding legal team is struggling to understand where the investigations could be headed and the extent of Trump’s legal exposure.

"Trump’s Growing Legal Team Has a Problem: It’s Operating Partly in the Dark" is from the September 18, 2018 U.S. section of The New York Times. It was written by Maggie Haberman and Michael S. Schmidt and narrated by Keith Sellon-Wright.