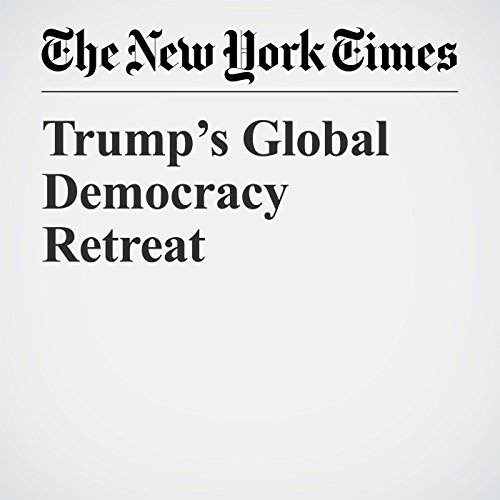 Under the leadership of Donald Trump and Rex Tillerson, the State Department is considering a mission reform that includes the abandonment of democratic assistance and human rights. The current mission statement reads, “The department’s mission is to shape and sustain a peaceful, prosperous, just and democratic world and foster conditions for stability and progress for the benefit of the American people and people everywhere.”

"Trump’s Global Democracy Retreat" is from the September 06, 2017 Opinion section of The New York Times. It was written by Pippa Norris and narrated by Kristi Burns.