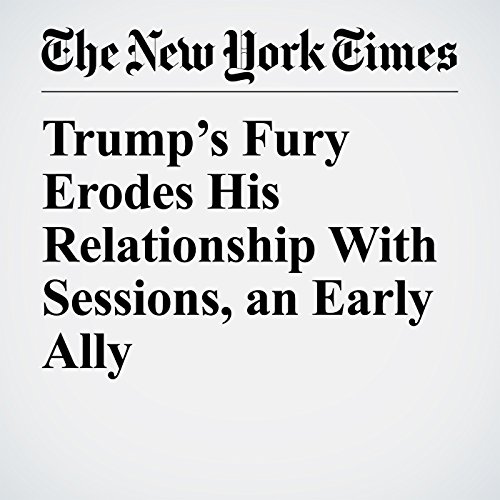 President Donald Trump’s staff is used to his complaints about Attorney General Jeff Sessions, but the Republican senators who attended a White House dinner Monday were stunned to hear him criticize the man who was once Trump’s most loyal supporter in the Senate.

"Trump’s Fury Erodes His Relationship With Sessions, an Early Ally" is from the July 20, 2017 U.S. section of The New York Times. It was written by Glenn Thrush and Maggie Haberman and narrated by Mike DelGaudio.