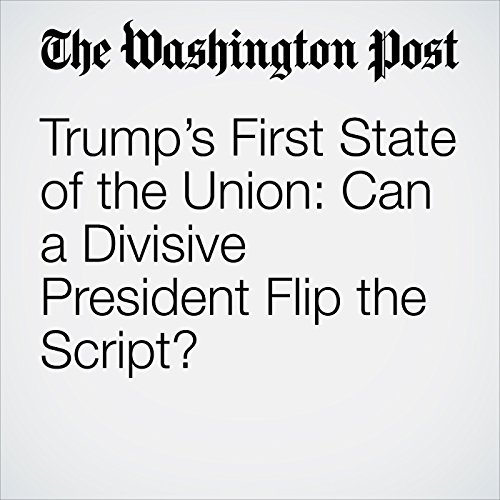 President Trump will deliver his first State of the Union address Tuesday at a juncture of opportunity and peril for his presidency, and his anxious allies hope he will show he has the ability to do something he has not done before: bring the country together.

"Trump’s First State of the Union: Can a Divisive President Flip the Script?" is from the January 27, 2018 Politics section of The Washington Post. It was written by Karen Tumulty and Philip Rucker and narrated by Sam Scholl.