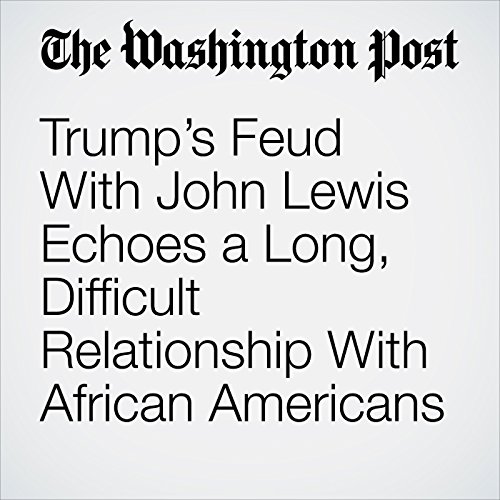 In an interview with NBC’s “Meet the Press” on Friday, Lewis said he did not regard Trump to be “a legitimate president” because of allegations that high-level Russian operatives interfered in the election on Trump’s behalf. Trump lobbed back with a tweet in the early hours of Saturday morning that disparaged both the congressman and his district, which includes some of Atlanta’s most affluent neighborhoods.

"Trump’s Feud With John Lewis Echoes a Long, Difficult Relationship With African Americans" is from the January 15, 2017 Politics section of The Washington Post. It was written by Janell Ross and Vanessa Williams and narrated by Sam Scholl.