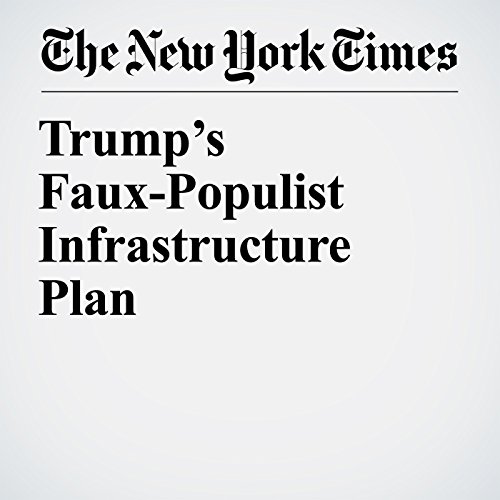 President Donald Trump campaigned on — and continues to promise — a populist agenda, most recently in his State of the Union address, in which he called on Congress to pass a trillion-dollar infrastructure package. But if his rubbing shoulders with Davos elite last week weren’t enough to dispel any hopes of him delivering on his populist posturing, the emerging details of that infrastructure plan surely is.

"Trump’s Faux-Populist Infrastructure Plan" is from the February 07, 2018 Opinion section of The New York Times. It was written by Kelle Louaillier and narrated by Keith Sellon-Wright.