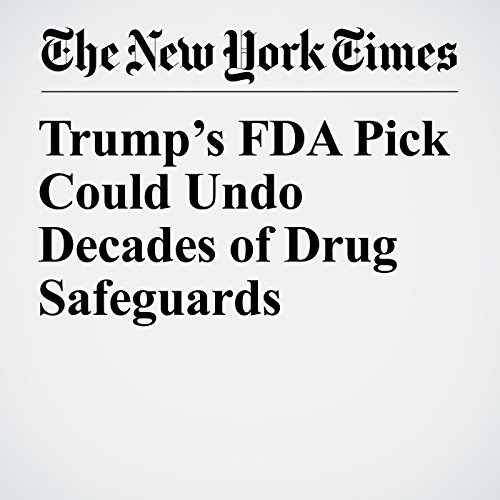 President Donald Trump’s vow to overhaul the Food and Drug Administration could bring major changes in policy, including steps to accelerate the process of approving new prescription drugs, setting up a clash with critics who say his push for deregulation might put consumers at risk.

"Trump’s FDA Pick Could Undo Decades of Drug Safeguards" is from the February 05, 2017 U.S. section of The New York Times. It was written by Katie Thomas and narrated by Fleet Cooper.