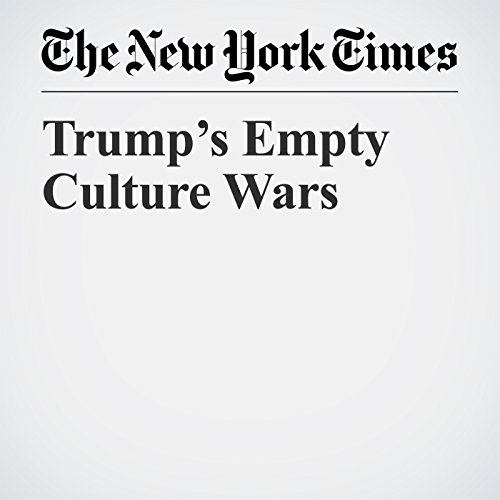 The secret of culture war is that it is often a good and necessary thing. People don’t like culture wars when they’re on the losing side, and while they’re losing they often complain about how cultural concerns are distractions from the “real” issues, usually meaning something to do with the deficit or education or where to peg the Medicare growth rate or which terrorist haven the United States should be bombing next.

"Trump’s Empty Culture Wars" is from the September 27, 2017 Opinion section of The New York Times. It was written by Ross Douthat and narrated by Kristi Burns.