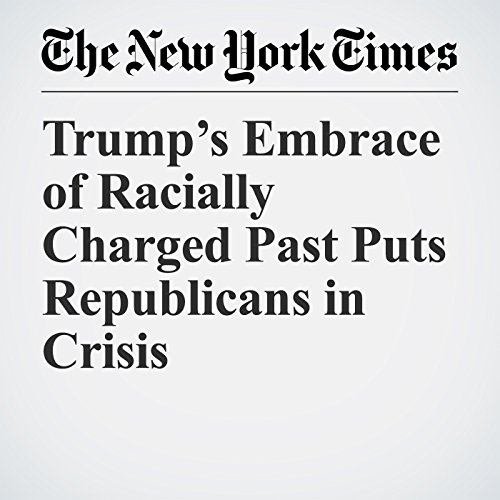 President Donald Trump’s embrace of the country’s racially charged past has thrown the Republican Party into crisis, dividing his core supporters who have urged him on from the political leaders who fear that he is leading them down a perilous and shortsighted path.

"Trump’s Embrace of Racially Charged Past Puts Republicans in Crisis" is from the August 16, 2017 U.S. section of The New York Times. It was written by Jeremy W. Peters, Jonathan Martin and Jack Healy and narrated by Keith Sellon-Wright.