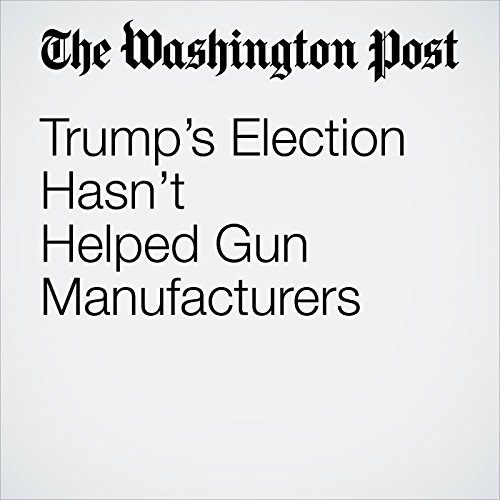 In the more than two years since launching a presidential campaign, Donald Trump has promoted himself as a staunch defender of Second Amendment rights, touted his alliance with the National Rifle Association and scaled back Obama-era restrictions on gun sales and purchases.

"Trump’s Election Hasn’t Helped Gun Manufacturers" is from the February 26, 2018 Business section of The Washington Post. It was written by Rachel Siegel and narrated by Sam Scholl.