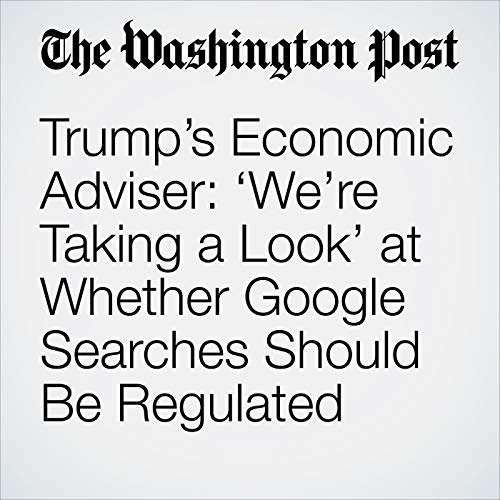 The Trump administration is “taking a look” at whether Google and its search engine should be regulated by the government, Larry Kudlow, President Trump’s economic adviser, said Tuesday outside the White House.

"Trump’s Economic Adviser: ‘We’re Taking a Look’ at Whether Google Searches Should Be Regulated" is from the August 28, 2018 National section of The Washington Post. It was written by Isaac Stanley-Becker, Brian Fung and Tony Romm and narrated by Sam Scholl.