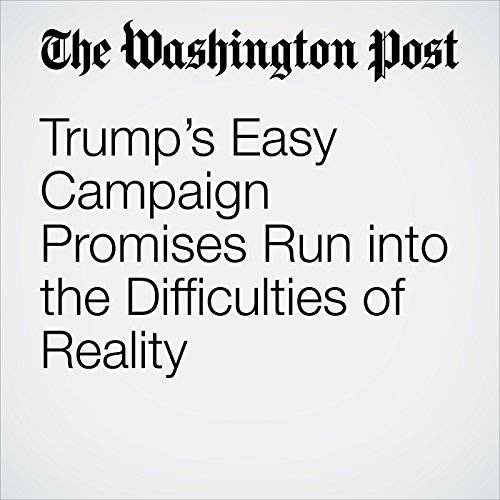 An emboldened President Trump is discovering that the policies he once described as easy fixes for the nation are a lot more complicated in reality — creating backlash among allies, frustrating supporters and threatening the pocketbooks of many farming communities that helped get him elected.

"Trump’s Easy Campaign Promises Run into the Difficulties of Reality" is from the April 04, 2018 Politics section of The Washington Post. It was written by Michael Scherer, Josh Dawsey and Philip Rucker and narrated by Sam Scholl.