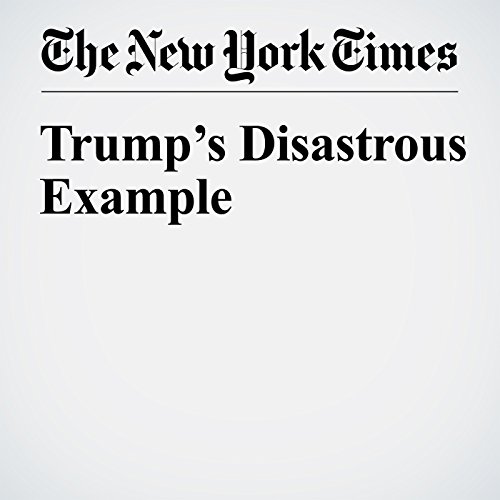 Their conduct hardly measured up to his, which obviously encouraged it. When they look at him, here’s what they see: a presidential candidate who broke with decades of precedent by refusing to release his tax returns and thus shine a light on his conflicts of interest. A president-elect who has yet to spell out how he would eliminate those conflicts — and who has, instead, repeatedly reminded reporters and voters that he’s under no explicit legal obligation to eliminate them at all. A plutocrat whose children have toggled back and forth between his government activities and his corporate interests, raising questions about the separation of the two.

"Trump’s Disastrous Example" is from the January 03, 2017 Opinion section of The New York Times. It was written by Frank Bruni and narrated by Kristi Burns.