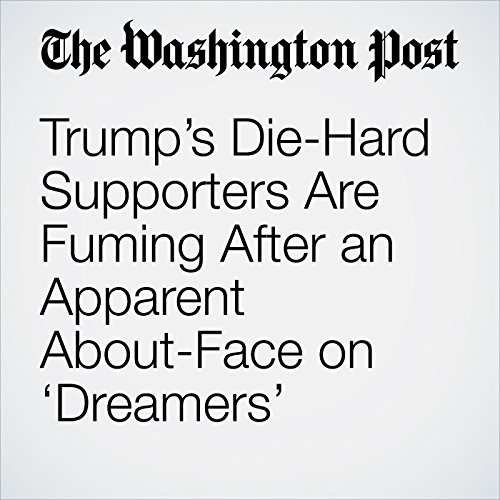 Staunch conservative allies of President Trump have erupted in anger and incredulity after Democrats late Wednesday announced that the president had agreed to pursue a legislative deal that would protect thousands of young undocumented immigrants from deportation but not secure Trump’s signature campaign promise: building a massive wall along the U.S.-Mexico border.

"Trump’s Die-Hard Supporters Are Fuming After an Apparent About-Face on ‘Dreamers’" is from the September 14, 2017 National section of The Washington Post. It was written by Robert Costa and narrated by Sam Scholl.