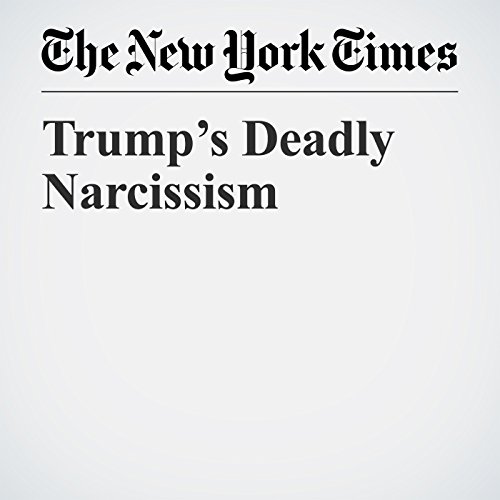 According to a new Quinnipiac poll, a majority of Americans believe that Donald Trump is unfit to be president. That’s pretty remarkable. But you have to wonder how much higher the number would be if people really knew what’s going on.

"Trump’s Deadly Narcissism" is from the September 28, 2017 Opinion section of The New York Times. It was written by Paul Krugman and narrated by Barbara Benjamin-Creel.