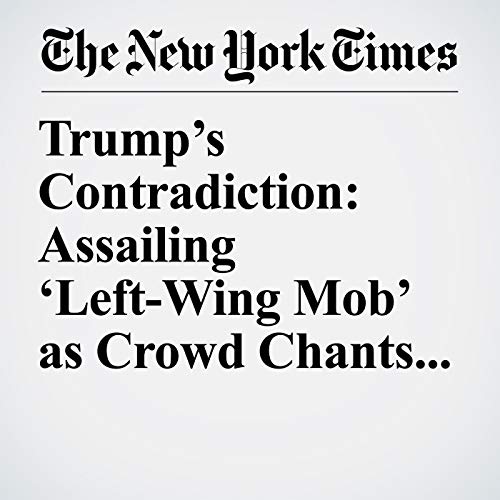 "Trump’s Contradiction: Assailing ‘Left-Wing Mob’ as Crowd Chants ‘Lock Her Up’" is from the October 11, 2018 U.S. section of The New York Times. It was written by Peter Baker and narrated by Keith Sellon-Wright.