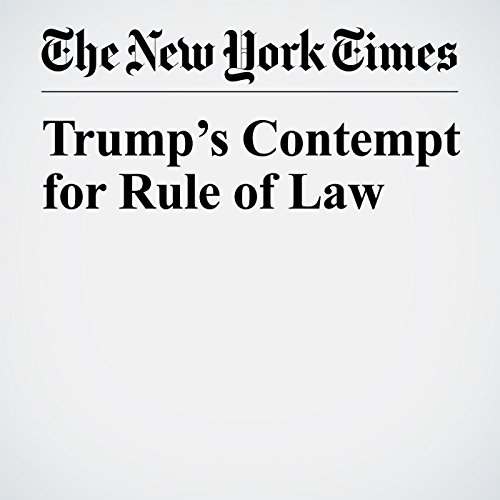 In less than an hour on Wednesday afternoon, President Donald Trump found a way to impugn the integrity and threaten the livelihoods of nearly all the country’s top law enforcement officials, including some he appointed, for one simple reason: They swore an oath to defend the Constitution, not him.

"Trump’s Contempt for Rule of Law " is from the July 20, 2017 Opinion section of The New York Times. It was written by The Editorial Board and narrated by Barbara Benjamin-Creel.