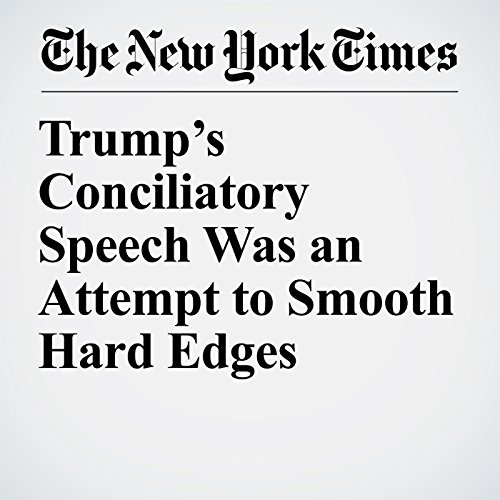 President Donald Trump loves the song “My Way,” bristles at the slightest alterations in his daily routine, and lashes out when the world won’t accept him on his own terms.

"Trump’s Conciliatory Speech Was an Attempt to Smooth Hard Edges" is from the March 02, 2017 U.S. section of The New York Times. It was written by Glenn Thrush and Maggie Haberman and narrated by Keith Sellon-Wright.