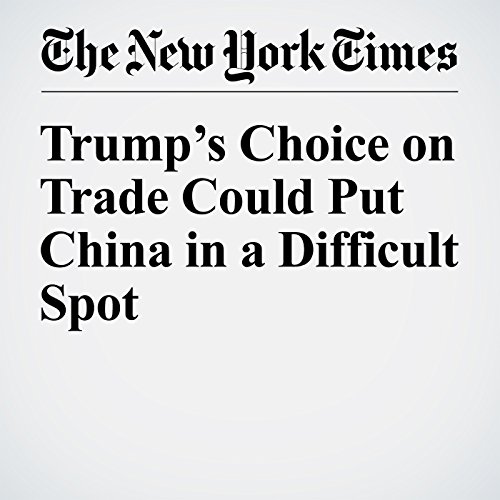 When it comes to problems troubling working-class Americans and manufacturers, Robert Lighthizer, President-elect Donald Trump’s nominee for trade representative, has historically blamed the United States’ trading partners, advocating aggressive retaliation for what he regards as widespread abuses of free-trade rules.

"Trump’s Choice on Trade Could Put China in a Difficult Spot" is from the January 12, 2017 Business section of The New York Times. It was written by Keith Bradsher and narrated by Jenny Hoops.