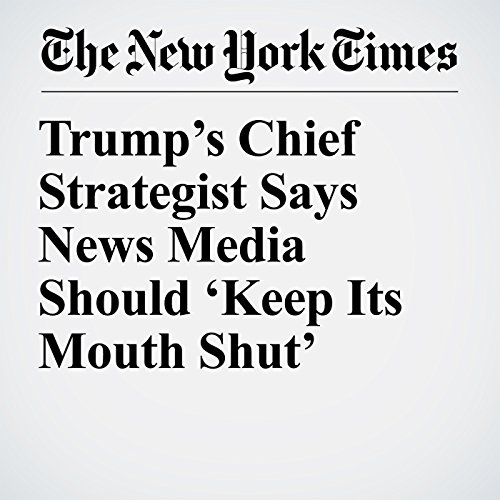 “I want you to quote this,” Bannon added. “The media here is the opposition party. They don’t understand this country. They still do not understand why Donald Trump is the president of the United States.”

"Trump’s Chief Strategist Says News Media Should ‘Keep Its Mouth Shut’" is from the January 26, 2017 U.S. section of The New York Times. It was written by Michael M. Grynbaum and narrated by Caroline Miller.