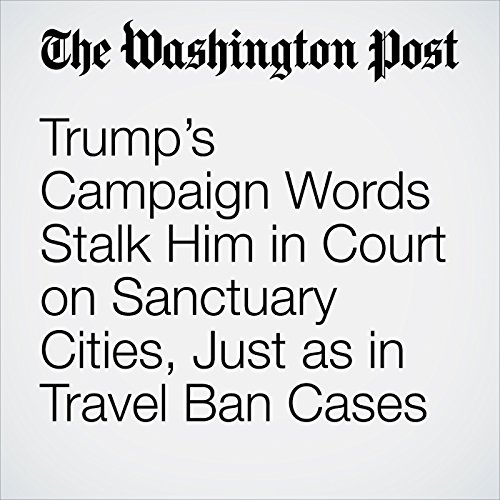 President Trump can blame his own rhetoric about Muslims for a slew of court rulings blocking his travel ban, including one decision late Wednesday in Hawaii where a federal judge extended his ban on the ban.

"Trump’s Campaign Words Stalk Him in Court on Sanctuary Cities, Just as in Travel Ban Cases" is from the March 30, 2017 Politics section of The Washington Post. It was written by Fred Barbash and narrated by Jenny Hoops.