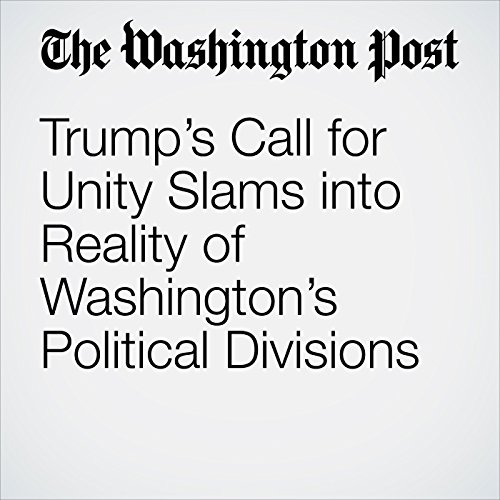 President Trump’s call for unity ran headlong Wednesday into the divided politics of the moment, as Democrats redoubled criticism of his policies and Republicans acknowledged differences of opinion within their party on immigration.

"Trump’s Call for Unity Slams into Reality of Washington’s Political Divisions" is from the January 31, 2018 Politics section of The Washington Post. It was written by Karen Tumulty, Philip Rucker and Elise Viebeck and narrated by Sam Scholl.