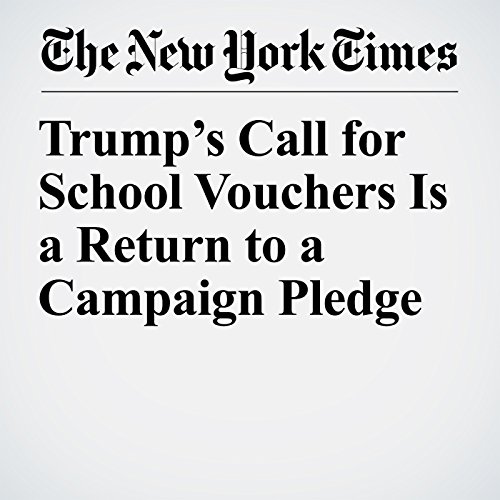 At rallies last year across the country, Trump said over and over again that he would use the nation’s schools to fix what he described as failing inner cities and a virtual education crisis that most hurts black and Hispanic children. In North Carolina, he called school choice “the great civil rights issue of our time.”

"Trump’s Call for School Vouchers Is a Return to a Campaign Pledge" is from the March 02, 2017 U.S. section of The New York Times. It was written by Yamiche Alcindor and narrated by Caroline Miller.