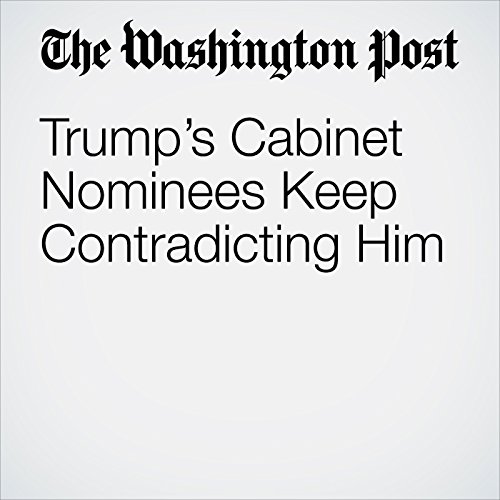 Donald Trump’s Cabinet nominees, in their first round of confirmation hearings on Capitol Hill, have one after another contradicted the president-elect on key issues, promising to trim back or disregard some of the signature promises on which he campaigned.

"Trump’s Cabinet Nominees Keep Contradicting Him" is from the January 13, 2017 Politics section of The Washington Post. It was written by Karen Tumulty and narrated by Jill Melancon.