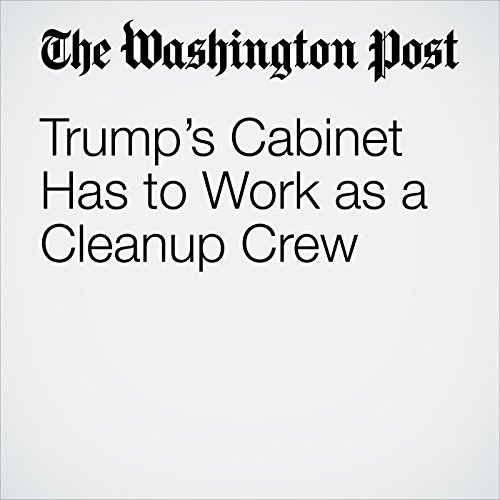 One of the unofficial duties of Trump’s Cabinet, it seems, is cleaning up the statements of the man they serve. Five weeks into Trump’s tenure in office, his deputies have found themselves softening, explaining and sometimes outright contradicting the president.

"Trump’s Cabinet Has to Work as a Cleanup Crew" is from the February 26, 2017 Politics section of The Washington Post. It was written by Ashley Parker and narrated by Sam Scholl.