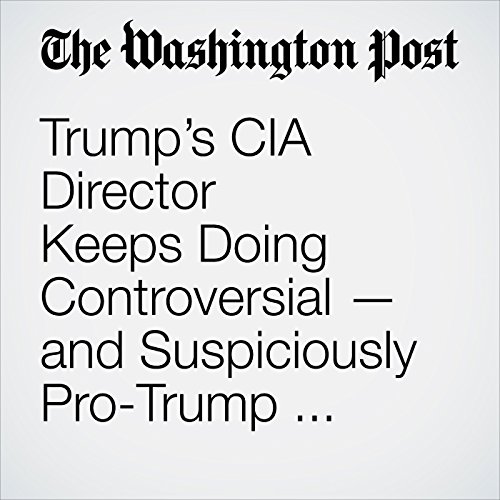 The Intercept just broke a pretty big story: CIA Director Mike Pompeo reportedly met with the purveyor of a disputed theory about the internal Democratic National Committee emails that were released last year — a theory that runs counter to the intelligence community's own long-standing conclusions about the matter.

"Trump’s CIA Director Keeps Doing Controversial — and Suspiciously Pro-Trump — Things" is from the November 07, 2017 The Fix section of The Washington Post. It was written by Aaron Blake and narrated by Sam Scholl.