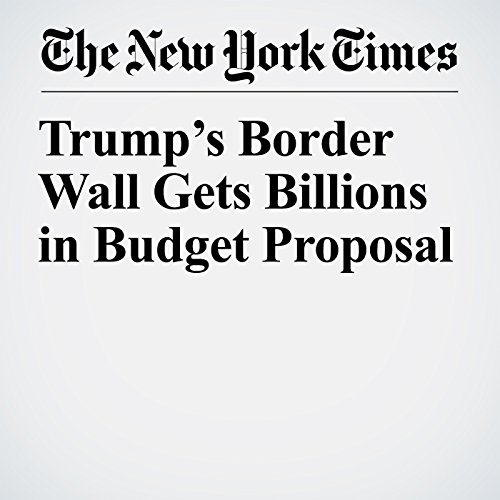 To secure the southern border — his top campaign promise — President Donald Trump next year is seeking to hire 100 new government lawyers, add 1,500 law enforcement officials and spend more than $1 billion on detention and deportation, according to the White House budget plan released on Thursday.

"Trump’s Border Wall Gets Billions in Budget Proposal" is from the March 16, 2017 U.S. section of The New York Times. It was written by Nicholas Fandos and narrated by Keith Sellon-Wright.