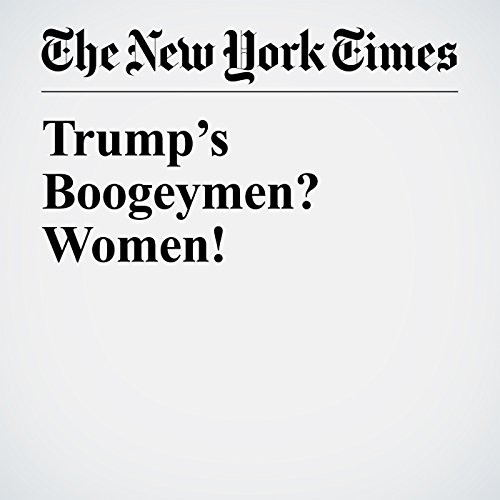 Donald Trump has a particular taste for the degradation of racial, ethnic and religious minorities and women — and God forbid those identities should overlap — as a way a playing out his personal sense of racial, sexist, and patriarchal entitlement. And as he degrades, he plays to those very same entitlements in the base that elected him.

"Trump’s Boogeymen? Women!" is from the October 22, 2017 Opinion section of The New York Times. It was written by Charles M. Blow and narrated by Kristi Burns.