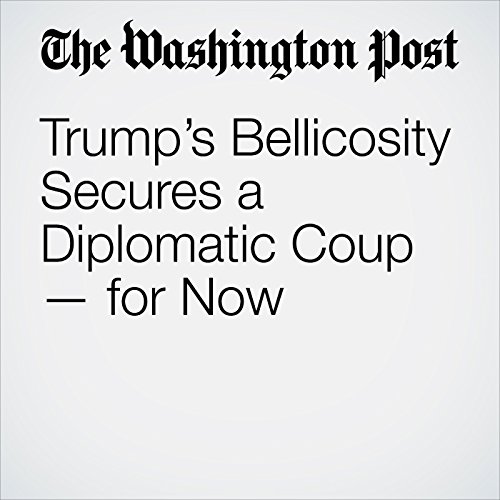 For the moment, at least, it appears to be a clear-cut victory — the biggest foreign policy win of his young administration. President Trump has brought his arch-nemesis, North Korean leader Kim Jong In, a.k.a. “Little Rocket Man,” to the table to negotiate away his nuclear arsenal.

"Trump’s Bellicosity Secures a Diplomatic Coup — for Now" is from the March 08, 2018 National section of The Washington Post. It was written by Karen DeYoung and narrated by Jenny Hoops.